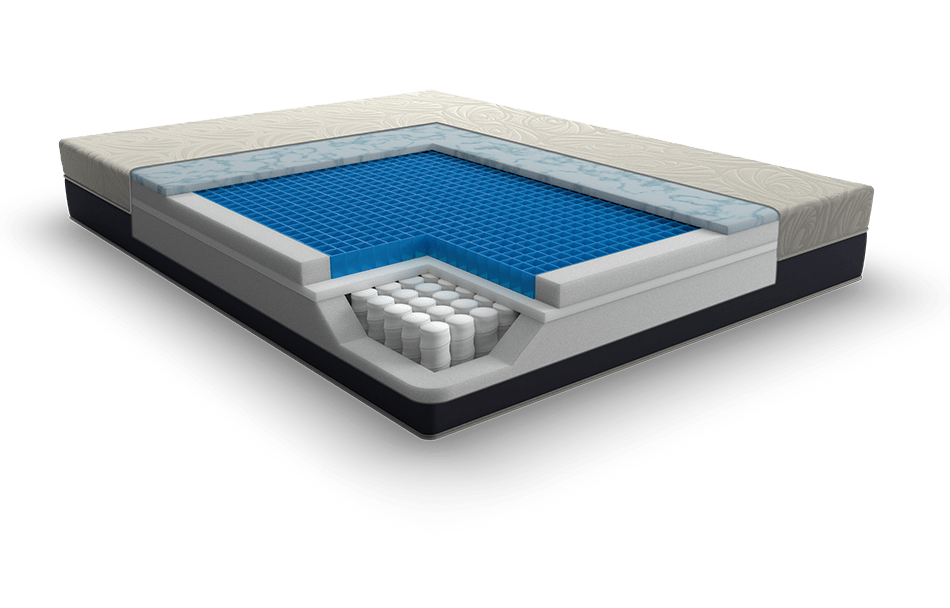 The Tranquiliti™ is not just a mattress — it’s a health and wellness solution that can help improve your quality of life through deeper, more restful sleep.

This mattress, manufactured by Intellibed®, has scientifically designed Gel Matrix®, which is a high-tech elastic gel proven to provide localized pressure point relief for proper spinal support. 100% CertiPUR-US certified foam to give it that cloud-like feel that combines support and pressure relief.

These features are layered between the adaptive pocket coil system base for further localized support and motion control and the top layer is made of 1″ CertiPUR-US certified foam as an additional cushioning for ultimate comfort.

This therapeutic mattress is scientifically designed to offer optimal back support, proper spinal alignment, and the relief of pressure points so you can sleep better — and healthier.

The Tranquiliti™ is the only Gel Matrix® bed on the market with an organic cotton outer cover.

Please note: The all-new Tranquiliti mattress replaced the Sapphire and Indigo mattresses to make one amazing mattress. It is still manufactured with love by Intellibed.
Showing 20 of 352 reviews (1 star). See all 352 reviews
1 2 »